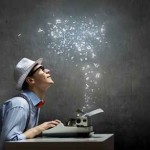 Some years back, we developed a workshop for creative types in radio stations who wanted to learn how to make their productions come alive. The request for this workshop was primarily in response to a syndicated radio feature that Rich Roszel had produced for Larry Burkett and Crown Financial Ministries called “A Money Minute.”

“A Money Minute” was, as the name implies, a one-minute feature that took what was generally considered a boring topic — money — and used comedy and drama to teach principles of good financial management from a Biblical perspective. Not exactly a short order. The feature was very well received and within the first few years of production is was being carried by over 1100 radio stations in the US, plus distribution in other countries and languages around the world.

Station production managers liked the unusual approach to story-telling and production that went into the features and wanted to see if some of that could rub off on their teams.

Sparkling Audio Production with a #2 Pencil

So was launched a workshop called “Sparkling Audio Production with a #2 Pencil” because we recognized that the whole concept of snazzy, out-of-the-box production was really predicated on having the message clearly defined, and a script that brought the story to life. Everything else, no matter how well done, was simply icing on the cake. So while we did touch on the technical aspects of pulling off certain sound design effects, editing music to match what’s happening in the story, and vocal delivery, the main focus was on developing that script. And it’s what we keep coming back to with all of the projects we work on at Creative Genius Productions.

Making silk from a sow’s ear

You’ve no doubt heard the expression that you can’t make silk — something very fine and desirable — out of a sow’s ear — something neither very fine nor desirable. Well, the same is true when it comes to media production.

You can have the best voice talents and best production skills and best studio toys in the business (and we do) and still have nothing if you don’t have a good script. Let our Creative Geniuses work with you on refining your script in such a way that it captures the heart of your listener and compels change.

A Creative Genius Productions, we’re here to make you look and sound great, and to bring your story to life!