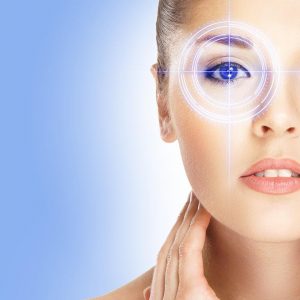 I read with great interest this article by American Movie Company discussing new technology on the horizon that will allow, among other things, an individual to record video of most anything or everything he or she wants to save … using a camera built into a contact lens.  Google, Samsung and Sony are in the game already, but they aren’t alone.  Pharmaceutical giant, Novartis, is teaming up with Google to develop an different type of “smart contact” that can monitor a diabetic’s blood glucose levels by sensing chemical changes in the makeup of the tears.  It’s all very cool.

Of course, this causes one to ponder what other “benefits” might arise from this sort of tech.  One of the benefits that the article described was the ability to playback anything and everything right from within the lens so that, for example, you could relive the moment when you proposed, or watch the birth of your child again and again.  In essence, you wouldn’t have to bother to remember anything anymore because the technology would do it for you.

Okay, a little side note here:  There’s already so much we’ve forgotten how to do in our culture due to our reliance on technology.  For example, most Americans can’t do basic math anymore because they’ve become so reliant on calculators.  I went into a fast food restaurant and ordered a $6.73 meal.  I handed the cashier a $20 bill.  Unfortunately, she entered $200 instead of $20 and got very confused.  She knew that I shouldn’t get back $193.27, but she had no idea how much money to give me.  She called the manager.  He came out and couldn’t figure it out either.  I calmly said, “The change is $13.27.”  The manager looked at me with panic in his eyes, then turned to the cashier and said, “Give him the amount he said.”  Perhaps I should have said, “No, the $193.27 is correct.”

Many Americans can no longer spell, and most no longer have a historical framework in which they can understand political decisions that are being made right now that will shape their future.  The thinking is that we no longer have to study and learn because everything we need to know is online.  There’s a big difference between having information and being able to interpret the information.  And not all information is valid.

And speaking of valid information, what about the benefits to our system of justice?  After all, if you have video of everything, correct convictions will be easy, right?  After all, the facts are right there in front of you.

In film, the story is told as much by what gets on screen as by what is left off the screen.  In the days when Alfred Hitchcock was making movies, he never put gore on the screen, but his films could strike terror in the heart because of what you imagined was happening off screen.  So for those thinking that justice will be easy, remember that the human eye, and therefore the contact lens camera, only sees what grabs your attention.  Just as magicians use misdirection, so crimes can still go unnoticed because of other distracting elements at a crime scene.  Might it help some?  Of course.  But it’s not a slam-dunk any more than current surveillance technology is.

Getting back to those personal “benefits” of having everything in my life recorded, do I really want to see a replay of my wife’s reaction on the day I proposed?  It’s something the article touts as being a wonderful benefit.  However, my memory of the event is wrapped in 30 years of life experiences with my wife that paint a much better picture than any contact-lens photo could ever provide.  It may not be accurate, but it’s how I’d like to remember it.  Likewise with the births of our children, another event the article says I would definitely want to see again.  Actually, I refused to take a camera into the delivery room because I wanted our memories of that moment to be captured on film after everyone was all cleaned up.  My wife agreed.  The nurse disagreed and argued that we would regret it.  She was wrong.

I think what pleases me most in this news is that there are health benefits being considered such as the blood glucose monitoring being developed by Google and Novartis.  I’m all for tech assisting us to live better, healthier lives.  Where I raise the flag of caution is when proponents of new tech tell us all the ways in which we will no longer have to be personally engaged.  It has already gotten to the point that people sit across the table from one another on a date and, rather than talking to each other, spend their time texting other people or checking to see what’s being said about them on social media.  I guess for those folks, they won’t have to worry about capturing a proposal or the birth of a child on contact-lens video.  Those events will never happen because they will never connect personally with another human being.

Unplug for awhile and try to get restored to your original factory settings.