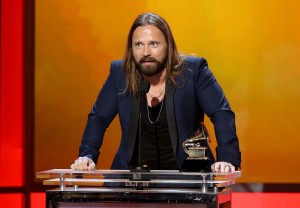 With a nod to the album by The Police , do you have any ghosts hiding out in your background? This isn’t the same as having skeletons in your closet, and I’m not trying to tie into a Halloween theme here. I’m talking about ghost writers — people who write stories, etc., as if they are you. This happens a lot more than you think, especially with the advent of social media. I hate to kill the illusion, but many (not all) of those celebrities you follow on Facebook, Twitter, Instagram, etc. don’t actually write their own posts and tweets. That’s right, they hire others to manage their social media and online presences.

I came across a story today in The New Yorker that caught me by surprise, speaking of ghost writers.  It’s about a 44-year-old man from Sweden who has written or co-written 21 Billboard #1 hit records.  I suppose that would make him something of a ghost composer.  He is credited with his work so the “ghost” part may not really apply, but he remains largely invisible in popular music culture and that’s pretty much the way he wants it.

His name is Max Martin. You may recognize some of his hits like “Hit Me Baby One More Time” for Britney Spears, “Since U Been Gone” for Kelly Clarkson, and “I Kissed a Girl” for Katy Perry. And we always thought singers wrote their own songs, right? Uh, no.

But they do always sing their own songs, right? Uh, no. But that’s a story for a different post.

The New Yorker’s article on Martin is, to me, fascinating. Here’s the link:

In a way, we’re sort of like Max Martin here at Creative Genius Productions. We’re here to help you tell your story through produced media. It’s your story, not ours. You get to shine. We don’t have to. And we’re fine with that. We can help with the writing, the voicing, or the entire production process. And you still get the credit. How great is that?