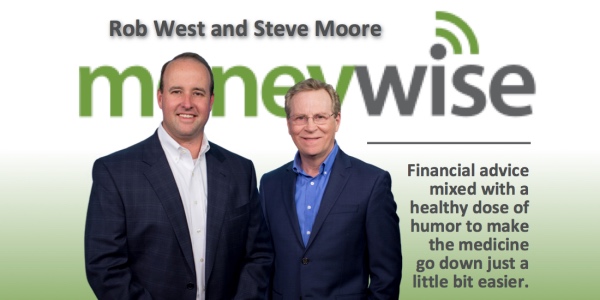 MoneyWise is a daily call-in program hosted by Rob West, president of Kingdom Advisors, a non-profit organization offering professional training and supporting community to Christian financial professionals who want to integrate their faith with their practice. Rob also hosts the daily one-minute MoneyWise Minute feature. Steve Moore is the co-host, and together they take calls on a variety of financial topics injecting humor along the way to help make a frustrating and often challenging subject more understandable.

The program is challenging technically. First, Rob is in Atlanta and Steve is in Gainesville, GA. Second, there are two versions of MoneyWise. One is an hour-long live program on the Moody Radio network based in Chicago. The live version airs on over 100 stations. The other is a syndicated half-hour version which airs on close to 600 stations. Due to the program’s social media presence, we decided that it was important to try to cover the same topics on the same days on each. So why is that a challenge?

Well, the live program airs in the afternoon at 4pm ET (3pm CT), yet the syndicated version airs at various times in the morning, afternoon and evening depending on the station. Rob and Steve record a week’s worth of opening topics in the studio for the syndicated release two weeks prior to the day those same topics will be covered on the live broadcasts. Each syndicated program, therefore, consists of those pre-recorded opening topics combined with calls recently aired on the live program. On any given day, you’ll hear basically the same conversation at the start of either program, but when the call segments begin, that’s where the programs diverge. We’re it not for the able assistance of the program’s head writer and “Keeper of the Calendar,” Jim Henry, we would all go insane. The good news is that it works, and this is another great example of producing a program “outside the box.”