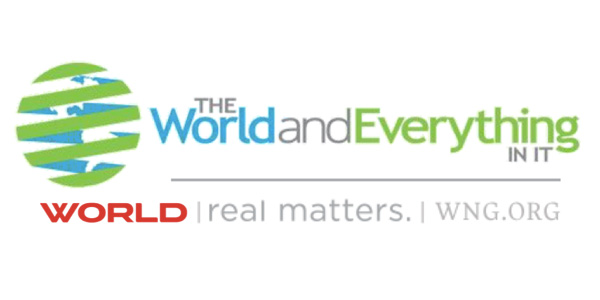 The World and Everything in It is WORLD News Group’s daily half-hour audio news magazine. It started as a weekly 2-hour audio news magazine that was distributed to commercial stations nationwide by Salem Radio Network, and to non-commercial stations by the Bott Radio Network. In April 2015, the radio distribution for both the daily and weekly programs ended as WORLD moved to an all subscription-based delivery. Because the content is available on-demand, the weekend wrap-up of the week’s news is no longer available, though the daily version is produced Monday-Friday.

Nick Eicher, Joseph Slife, Mary Reichard and Kent Covington share news anchor duties. Contributors include journalists as well as political, financial, and social commentators from around the world. It’s The World and Everything In It from a Biblical Worldview.